Barefoot Contessa’s Onion and Fennel Soup Gratin is a deliciously rich soup – caramelized onions and fennel in a buttery beef broth, topped with savory cheese and a thick slice of bread. Enjoy it as an appetizer or a meal in and of itself. 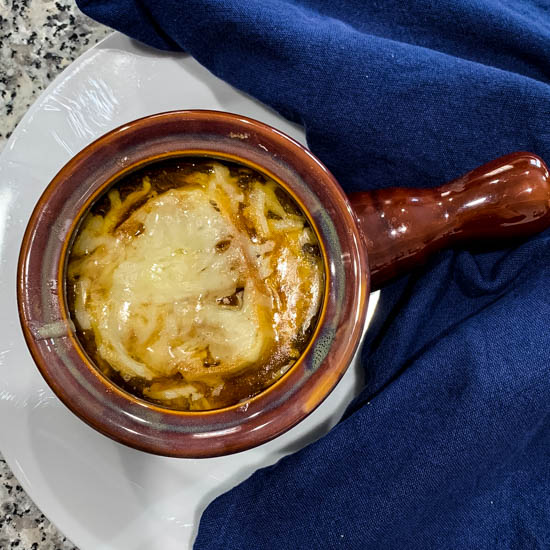 When this post was originally published, I was just finding my footing with blogging. Few photos, poor quality. See? 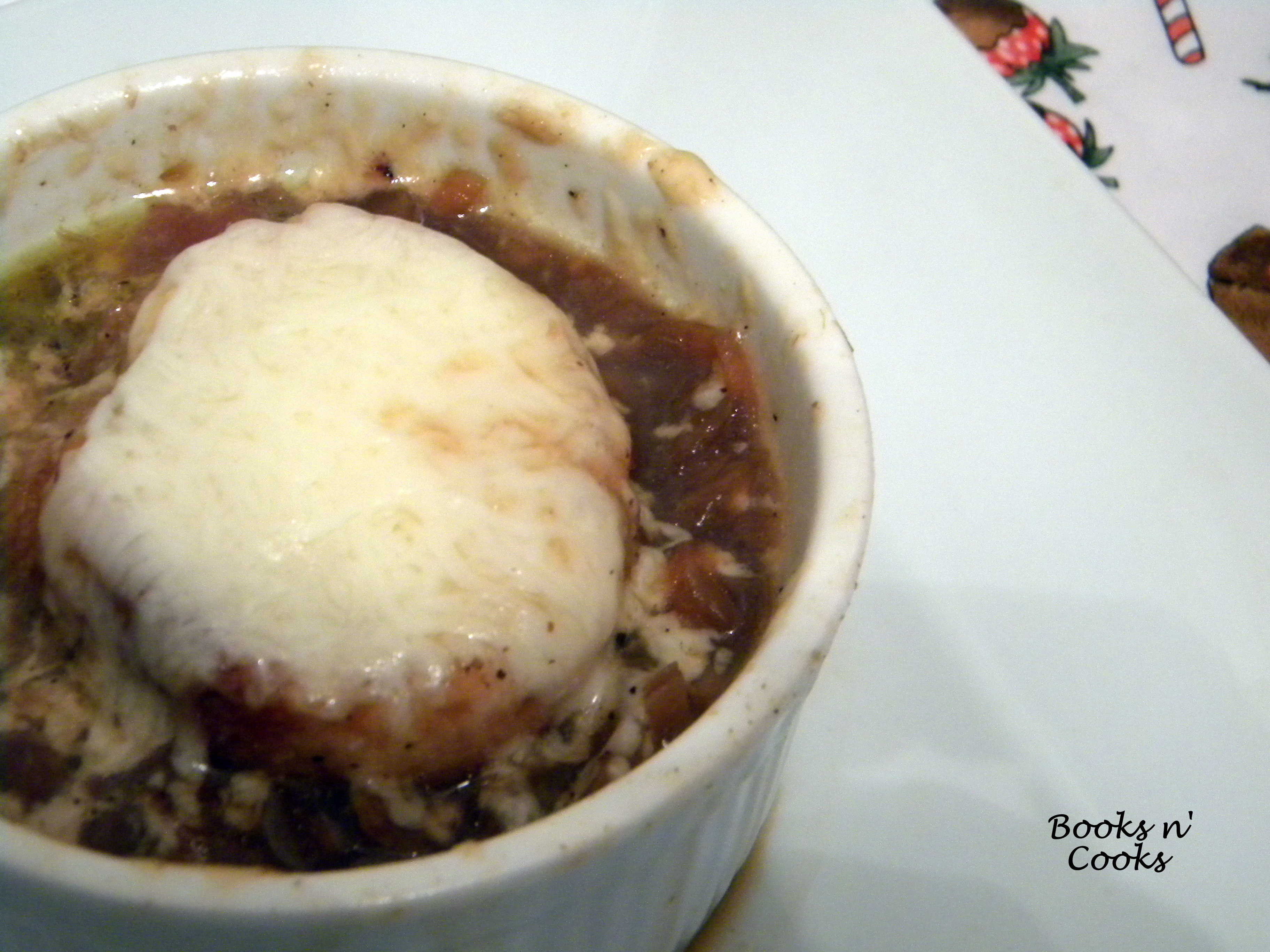 Awful, right? While I still think I have a lot to learn, my photography has come a long long way.

As the weather turns colder (we’re had snow flurries several times this week), I’ve been craving lots of soup. My freezer is stocked with Mom’s Italian Wedding Soup and Turkey Noodle Soup for lunch, but at the recommendation of Barefoot Bloggers, I recently tried my hand at making an onion soup – Ina’s Onion and Fennel Soup Gratin. I love it! It was easy, and my favorite part, it was not overly salty.

Over the years, this recipe became one that my family enjoys and requests again and again. It takes a good chunk of time to prep all the veggies and to cook, but it’s well worth it. 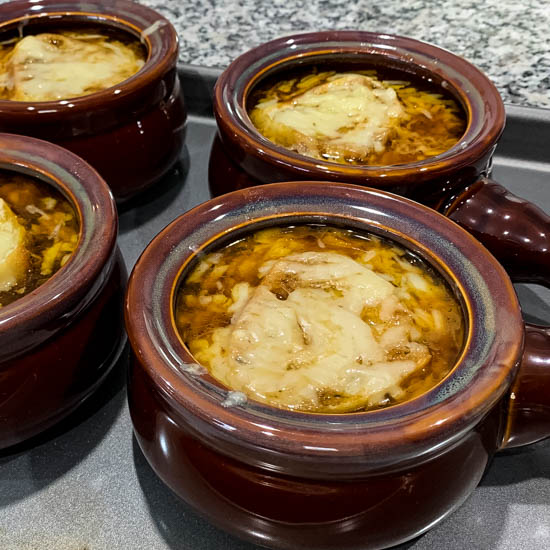 This soup is hearty enough to stand on its own, perhaps with a bit of extra bread for lunch or paired with a sandwich, such as Ina’s Ultimate Grilled Cheese Sandwich. I’ve also served it over the years as a first course to more elaborate homemade dinners (eg. Christmas) – just serve a smaller portion because it is quite filling. 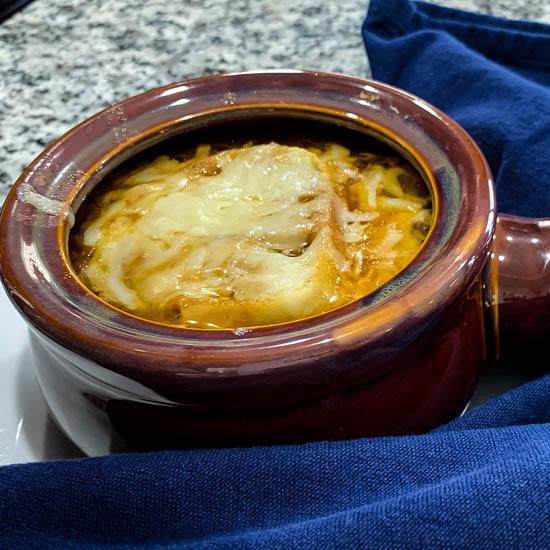 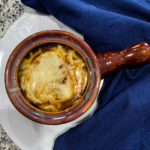 Barefoot Contessa's Onion and Fennel Soup Gratin is a deliciously rich soup - caramelized onions and fennel in a buttery beef broth, topped with savory cheese and a thick slice of bread. Enjoy it as an appetizer or a meal in and of itself.

Adapted from The Barefoot Contessa, How Easy is That? 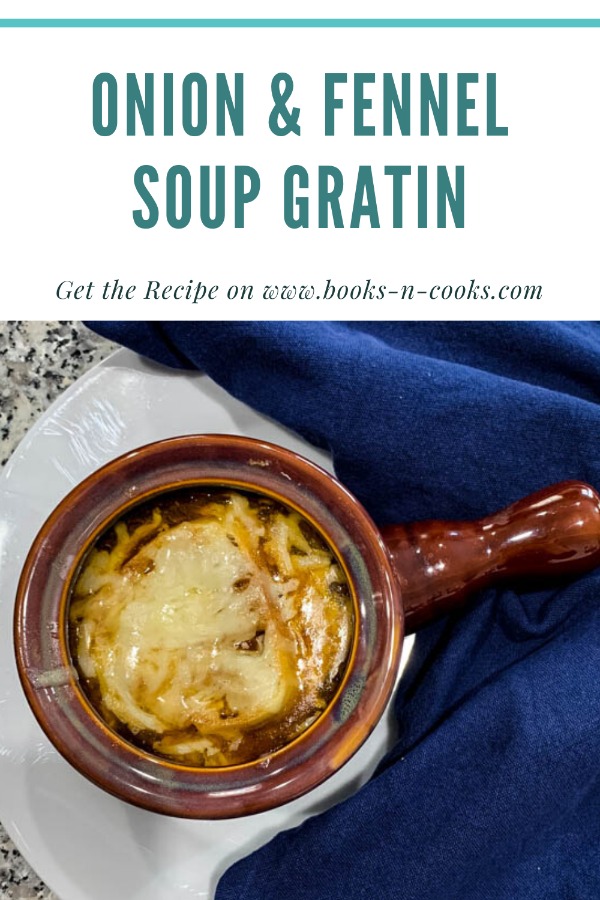 This post was updated with new photos and a recipe card, to enhance reader experience in February 2020. The recipe remained unchanged.